We are a company that learns from the extensive experience we have gained over many years. We keep the inventive and creative spirit of the founder alive to continue to be a reference in the present and for the future. That is why we are committed to the creation of new products and, at the same time, we periodically review our traditional products in order to improve them, if possible.

Quality is our obsession

The main aim of our products has always been to promote people’s health, that is why we strive to obtain the best nuts and seeds available on the market and we apply strict quality controls in all our processes (ISO 9001). This, and the outstanding nutritional level resulting from a very high concentration of nuts or seeds, ensure an unequaled level of quality.

The more natural the better

As we use the highest quality nuts and seeds we do not need to use additives. Si no es necesario, no añadimos nada. If we don’t need to, we don’t add anything. In fact, we have products that are 100% nuts or seeds. Nothing more natural.

And if it is natural and organic, even better

We look after our clients with the best products and with the commitment to quality that is our trademark. . All comments and suggestions are welcome!

dates back to the early 20th century, when Josep Vallverdú started working at the “Farmàcia del Castell” in the centre of the town of Reus (Catalonia, Spain). His inventiveness and creativity led him to create the Klam SA Laboratories in 1920 in the basement of the pharmacy. There, he began researching, creating and marketing various pharmaceutical products, including pharmaceutical remedies such as Klam Cough Pills.

In 1932 he patented the first “Almendrina” almond paste, a high-energy substitute for animal milks and digestive remedy, and he began to sell it in 1935. The Spanish Civil War and the postwar period had serious consequences for Reus society, and of course for Klam Laboratories. Scarcity of nuts and the restrictions of the war and postwar periods, including sugar rationing, meant that the production of almond cream was reduced to such a low level that, for a few years, the company stopped working completely.

In 1942 the founder’s son, Josep Ramón Vallverdú, took over the management of the company and in 1952 launched the almond cream product under the trade name Almendrina. An increase in production meant the laboratory needed to move to a larger location on Santa Clara Street in Reus, where 50 kg of Almendrina was hand made every day in a boiler. In 1964 Almendrina moved to Castellvell Street in order to continue to meet the growing demand for almond cream.

In 1995, Almendrina moved to its current headquarters, in the Agro-Reus industrial area. We have moved on from the small 50 kg boiler to the new industrial facilities that make automated production processes and rigorous quality control possible. This gives us more time to innovate and create new products. 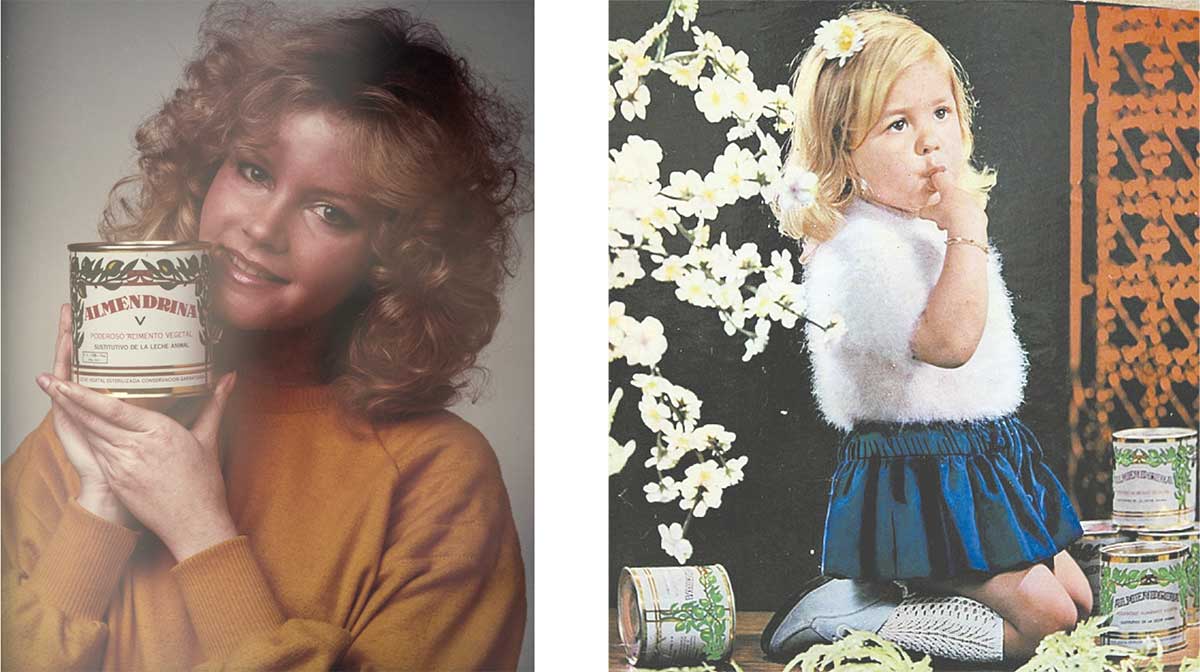 The company’s consolidation phase and product innovation was first driven by the founder’s son and, since 2012, has been revitalized by his grandson, José Ramon Vallverdú, the third generation of Klam Products in the management of Almendrina. Almond milk in “tetra briks”, spreads made of hazelnuts, peanuts, sesame seeds and almonds as well as hazelnut and chocolate creams have now come onto the market. The increase in international demand has opened up the market in several European countries and led us to the most important food fairs.

Salvador Vallverdú Gebellí began working as a pharmacist in the Farmàcia del Castell (Castle Pharmacy) in the town of Reus.

His entrepreneurial spirit leads him to found the company Klam Laboratorios, connected to the pharmacy, where he creates and sells pharmaceutical products.

On 25 September, 1932, he registered the patent for what would be his most successful formula, the famous almond cream, patented for the first time in history. The cream was first sold in 1935 as a digestive remedy.

Spanish Civil War, the death of the founder of Klam Laboratories, and the postwar period with its change in political regime and the scarcity of nuts and sugar, seriously affected the operation of the company

The company moved to Castellvell Street to continue growing.

The company moved to the Agro-Reus industrial area to face the challenges of the future. In these new facilities, with more production possibilities, it is decided to make a commitment to innovation and diversification of products, starting with almond cream with fructose.

José Ramon Vallverdú, the founder’s grandson, takes the lead in managing the company and boosts innovation.

Renewal of the Almendrina corporate image.

Launch of new products with the usual outstanding quality and now adapted to the tastes of the current times.